​Quinlan's latest show, God Save Queen Pam, had its Off-Broadway debut in the summer of 2018, and critics raved about the tight script, witty lyrics, and catchy music. "How Can I Tell You", her contribution to the album 'The MS Songbook' (lyrics co-written by Rory Sherman) was chosen again and again by reviewers as the favorite of the song cycle, called 'the cream of a very talented crop'. EMQ's work has been performed at many venues around the US and UK, including the Players Theater, the Marjorie S. Deane Little Theater, and the Duplex Theater in NYC; the Playwright in Boston; the Tabard Theater  in London; and the Actors Studio in LA. 'BJW', the one-woman-show written for Adena Walker, will premiere at the Edinburgh Fringe Festival in August 2021 at Greenside @ Infirmary Street. She has also written music for film and television, including 2021's comedy Bad Cupid starring John Rhys-Davies (Raiders of the Lost Ark, Lord of the Rings, The Living Daylights). For complete credits, check out the resume page. 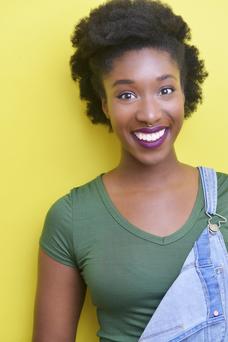 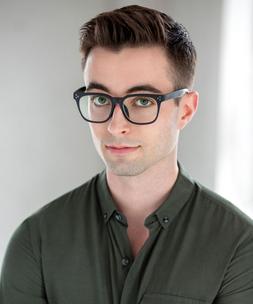 ​​​​​​​​​Maritza Bostic is a New York actor originally from Reading, MA. She graduated from Salem State and has performed with many companies in the greater Boston Area including Wheelock Family Theatre and The Lyric Stage. She is committed to people and speaking up for those who have been marginalized. She has toured with the group Speak About It Inc! Past credits include: Regional theatre: The Color Purple( Portland Center Stage), Song of Bernadette ( Adirondack Theatre Festival) Camelot, Sondheim on Sondheim, Into the Woods( Lyric Stage Company of Boston) Rent( Ivoryton Playhouse) Alice the Musical, Hairspray( Wheelock Family Theatre)

Tom McVey is a New York actor from New Jersey.  His favorite kids show is Eureeka’s Castle and favorite kids writer is Shel Silverstein.  He performed off-broadway in Diaspora at the Gym at Judson and in Awesome 80s Prom at Webster Hall.  Other credits include House of Blue Leaves at Florida Repertory Theatre, A Midsummer Night’s Dream and The Tempest at Wolfbane Theatrical and on television in Law and Order: Criminal Intent.

​​Deanie's Corner is a place where children and adults can find the comfy corner of their heart by increasing emotional and social intelligence. This will be a new tv show in the same vein as Mr. Rodgers neighborhood while incorporating a new 2021 style. Our goal is to make learning fun and come out a kinder more colorful world.